by The New Division 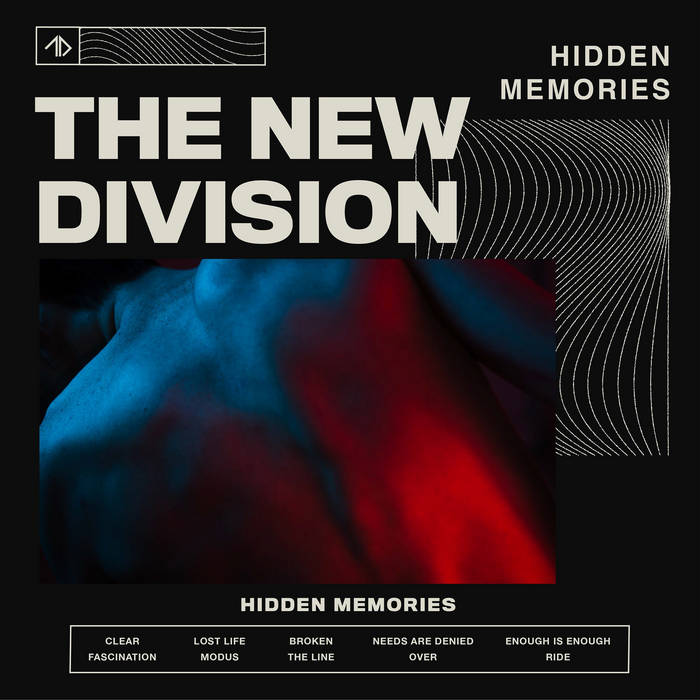 Donovan Murphy It's here! And it looks like the bar has risen to the highest of digital skylines. I can't say I didn't expect that; Kunkel's got his s*** dialed. Love this. Favorite track: Lost Life.

jeff2417 The New Division is evolving, and I actually like it! Not only does it have the feel of the 80's, it infuses a bit of late 90's EDM/Techno but does it all without you forgetting you're listening to an album that was released in 2020. Fantastic Stuff, please keep it up! Favorite track: Enough Is Enough.

petra_hardt HIDDEN MEMORIES is an excellent album. I love it so much.

Spearheaded by John Kunkel (lead vocals/producer/songwriter). The New Division is an LA-based tour de force. Influenced by a mix of new wave, progressive house, and techno, Kunkel has taken the tastiest slices of these genres and blended them into The New Division's signature sound. With a sound that feels comfortably connected to the past but with a momentum that fastens them to the future, at its core The New Division's custom blend of electronic adds tugging lyrics to each track, bringing satisfying emotion to the party.

In early 2011, Kunkel felt they had 6 songs right and put out the highly acclaimed EP, The Rookie. It wasn't long after that he felt they had enough material for a full length, and in late 2011, The New Division released Shadows. This album generated a huge buzz. As more people put their ears to it, Shadows continued to climb up charts all across the US as well as internationally. Several music publications named the LP a top album of 2011.

Now in 2019, The New Division is gearing up to release its fourth LP, "Hidden Memories" - Kunkel's most ambitious effort to date. Featuring 10 tracks ranging from dark and brooding to emotive and uplifting, "Hidden Memories" was produced and recorded in Los Angeles, CA. Pulsating with bruising basslines, dance-infused drums, and decked out atmospheric vocals, "Hidden Memories" serves as an homage to the music that has inspired Kunkel for the past decade.

"I wanted Hidden Memories to be a blend of what I felt were the best parts of my early years as The New Division, a return to form of sorts," Kunkel says. "I picked up where I left off, back when I was listening to a lot of dance records ranging from progressive, trance, early new wave, and synthpop. The blend of all those sounds is what I envisioned for 'Hidden Memories.'"

Longtime collaborator and co-producer F.J. DeSanto (Trade Secrets), also assisted on the record, "F.J.'s been a part of each album since "Together We Shine," and has always been a guiding force for TND," Kunkel said. "I tend to lose focus quite easily. I generally like everything I end up writing, but he understands what works from an outsider's perspective which I think is crucial from an objective standpoint."

Accompanied by a group of live musicians, including Alex Gonzales (Drums), James Meays (Guitars), Danny Corrales (Bass), and Michael Janz (Keys) - Kunkel and his mates have embarked on multiple US tours, with several dates in both South America and Europe.

Spearheaded by John Kunkel (lead vocals/producer/songwriter). The New Division is an LA-based tour de force. Influenced by a mix of new wave, progressive house, and techno, Kunkel has taken the tastiest slices of these genres and blended them into The New Division's signature sound. ... more